Picturesque mountains, sandy beaches, wildlife reserves, loads of shopping, food markets and more – South Africa is a delight for every traveler. No matter what age group you belong to, you’re sure to find something to do there.

My husband and I recently visited the country for our honeymoon. After pondering over a hundred places, we finally settled for South Africa as it ticked all the boxes on our checklist. It literally had everything we were looking for and inspite of being skeptical at first, we were glad we picked it as our honeymoon destination. Our itinerary included three nights in Sun City, two nights at the Game Reserve, two nights in George and four nights in Cape Town – which meant eleven nights in all.

Our sojourn began at Sun City. Known as South Africa’s premier vacation destination, it is an opulent extravaganza boasting of four lavish hotels, entertainment centers, casinos, nightclubs, bars, restaurants and a host of other activities. If you love giant wave pools, zip lining, golfing, gambling or segwaying – there’s a lot for you to do at this family-friendly resort. We stayed at the Soho Hotel, close to the Cascades and Cabana Hotels and the entertainment center. We spent our nights at the casino or at the hotel’s in-house bar and went segwaying and hiking during the days. Since it was Christmas time, the hotel was flooded with tourists so we decided to give the in-house water park, popularly known as the Valley of Waves amiss. Food wise, there were several fast food chains available at the food court and a couple of stand-alone restaurants too. Overall, it was a great place to begin our holiday – adventurous and relaxing at the same time. 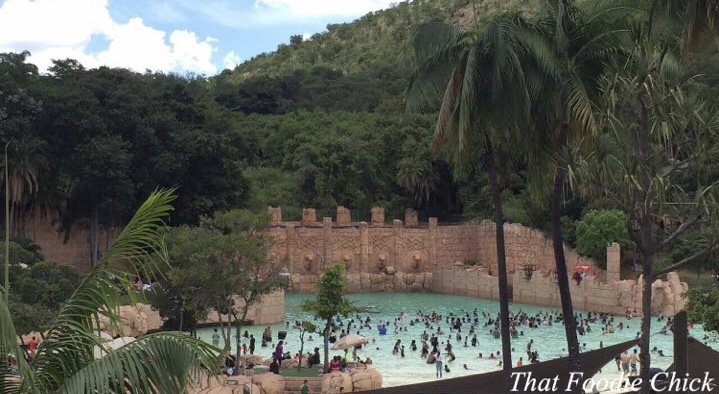 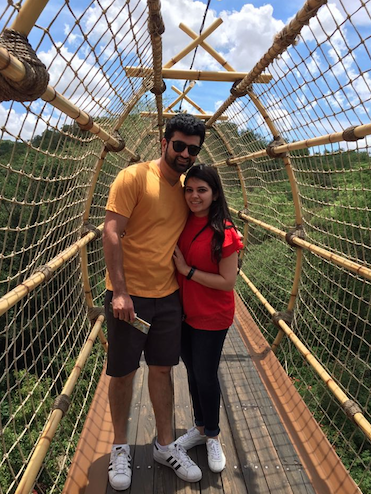 Next came the game reserve. To be honest, this was the only place we were resisting because we weren’t too excited about spending three whole days at animal kingdom. But as it turns out, this happened to be the most exciting part of our honeymoon – an experience we will remember for years to come. After contemplating over various reserves, we finally settled for Karongwe Game Reserve at Hoedspruit and stayed at the Shiduli Private Game Lodge, nestled against the backdrop of the grand Drakensberg Mountain Range and home to the Big 5. Shiduli was all about lounges with internet facilities, thatched dining areas, expansive greenery and unsurpassed warmth and hospitality. Our safari’s happened twice a day – once at 5.30am and then at 4pm. Our guide Melvin and tracker Joel drove us into the jungle from where we could see animals, standing right in front of us, an arms distance away. Scary at first, it became the most thrilling experience of our lives. In a span of two days, we were fortunate enough to see the Big 5, two live kills and innumerable other smaller species. For those of you who don’t know, the Big 5 comprises of Buffalo, Elephant, Leopard, Lion and Rhinoceros – the five most difficult animals to hunt and obviously, the most dangerous too. Some of you may have seen these animals on TV or the internet, but if you want to come face to face with them, there is no better place than this one. We not only enjoyed spotting animals but also enjoyed warm cups of coffee on chilly mornings and cold glasses of wine during sundown amidst them. This undoubtedly became the best and most unforgettable experience of our trip. 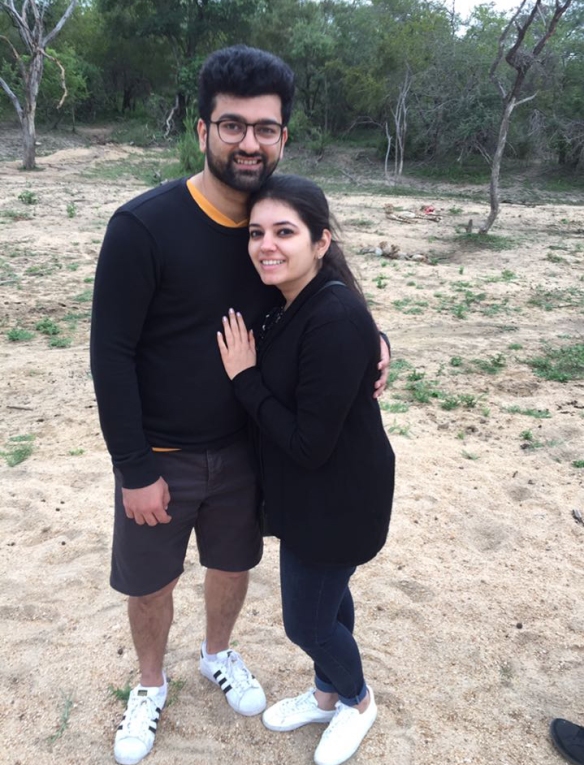 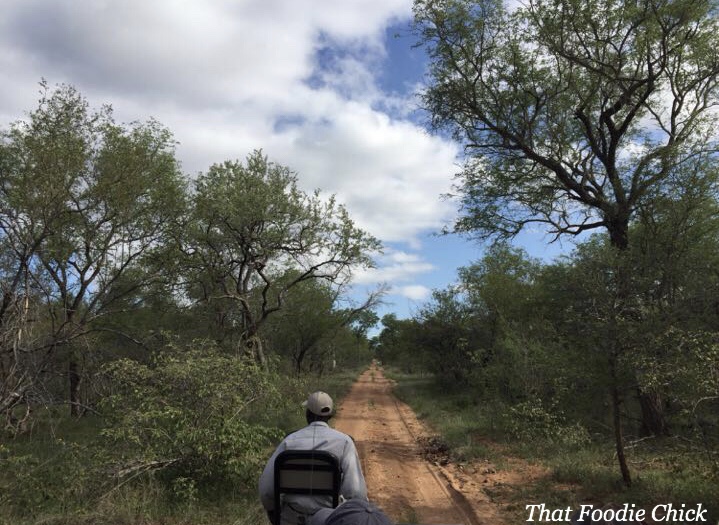 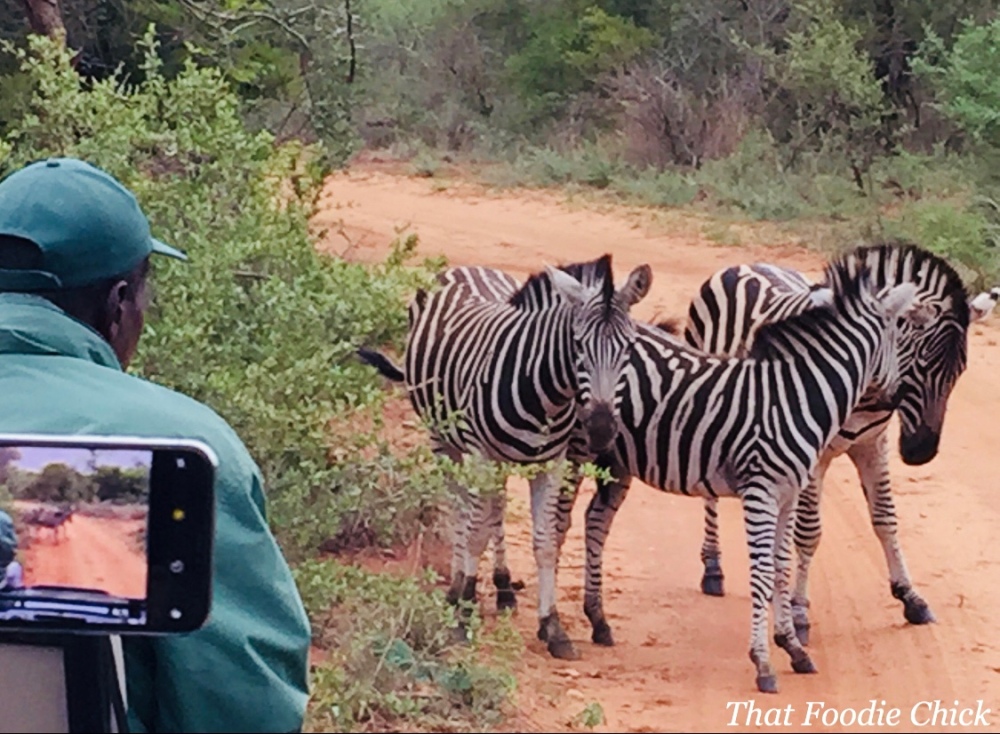 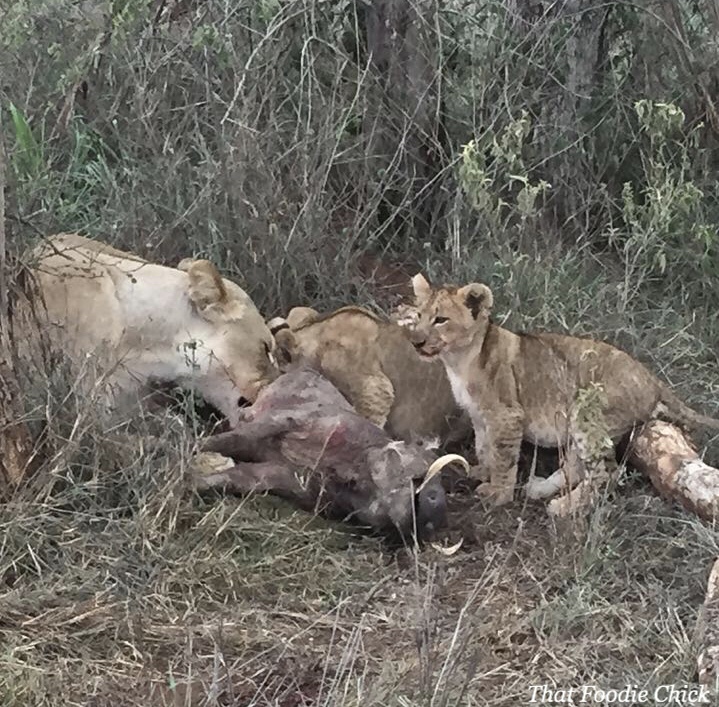 After the hustle-bustle of our game reserve, we were all set to unwind at the quaint countryside place – George. We stayed at the Protea by Marriott Hotel which overlooked the golf course on one side and expansive mountains on the other. On the first day, we did a few touristy things like the Outdshoorn Tour that included a visit to the Cango Caves, Wildlife Ranch and Ostrich Farm and then left the next day to explore Knysna – a 50 minute drive from George.  Knysna’s buzzing waterfront is something you should not miss. Flanked by tourists, restaurants, bars and boat cruises, it is undoubtedly the most happening place there. Watch golf enthusiasts play water golf, enjoy a bottle of wine during sundown, relish lip-smacking South African cuisine or simply enjoy people-watching at the waterside – it’s worth every moment. 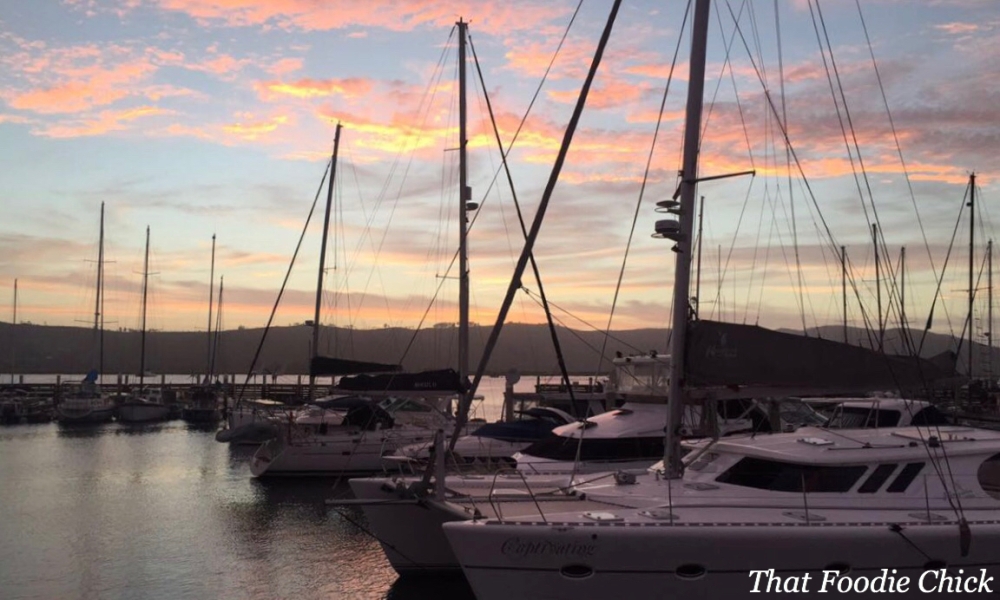 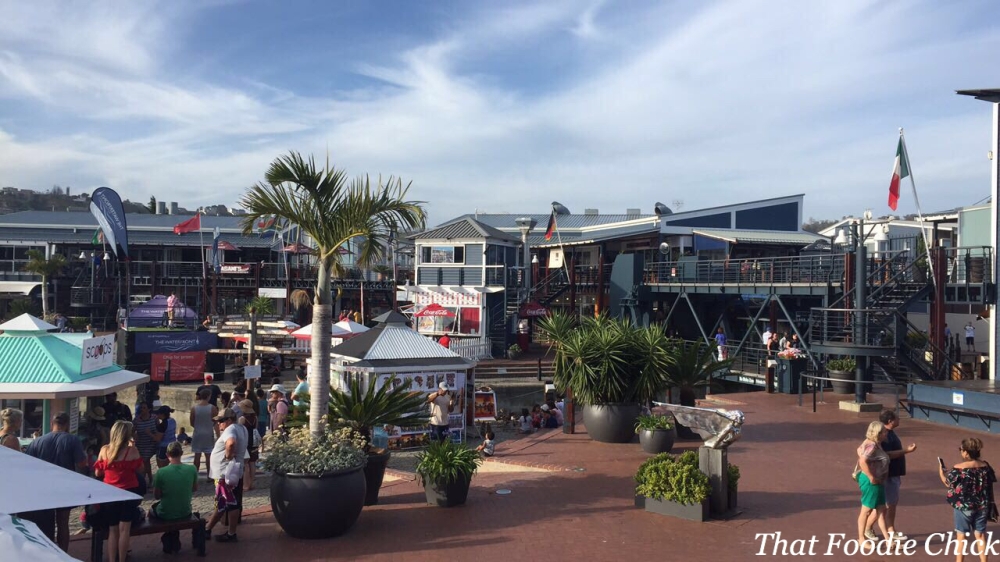 After two relaxing days at George, Cape Town was next on our itinerary! We decided to drive through the much spoken about Garden Route. Stunning flora and fauna, secluded bays and panoramic views made our drive an enjoyable one. While en route, we stopped by at Mossel Bay to tick sky diving off our bucket list. We took a leap of faith and jumped 10,000 miles above ground level. Needless to say, it was an exhilarating experience. After getting back, we swiftly drove to SA’s most buzzing city.

Popularly known as the Mother City, Cape Town is a paradise for adrenaline junkies, foodies, water babies, nature lovers, kids – basically all kinds of people. There is something in the Capetonian air that makes you fall in love with it. It’s addictive. From dining at Michelin-starred restaurants to sipping wine in The Cape Winelands, hiking up The Table Mountain to taking a dip in the cool waters of Camp’s Bay – there’s never a dull moment here. We stayed at The Southern Sun Cape Sun Waterfront, ten minutes away from the V&A Waterfront, coincidentally also an area where we spent most of our time. On some days we drove down to various touristy places like The Table Mountain, the historical Cape of Good Hope, stunning Cape Point, Chapman’s Peak, Hout Bay among other places while on some days we took the cruise to Seal Island or Boulders Penguin Island to see Cape Fur Seals and Penguins. Most of our evenings and night went by at the V&A Waterfront’s food market, cafes, restaurants and bars. Having stayed in Cape Town for four days made us realize that no matter what you do in this major metropolitan city, you’re sure to have a blast. 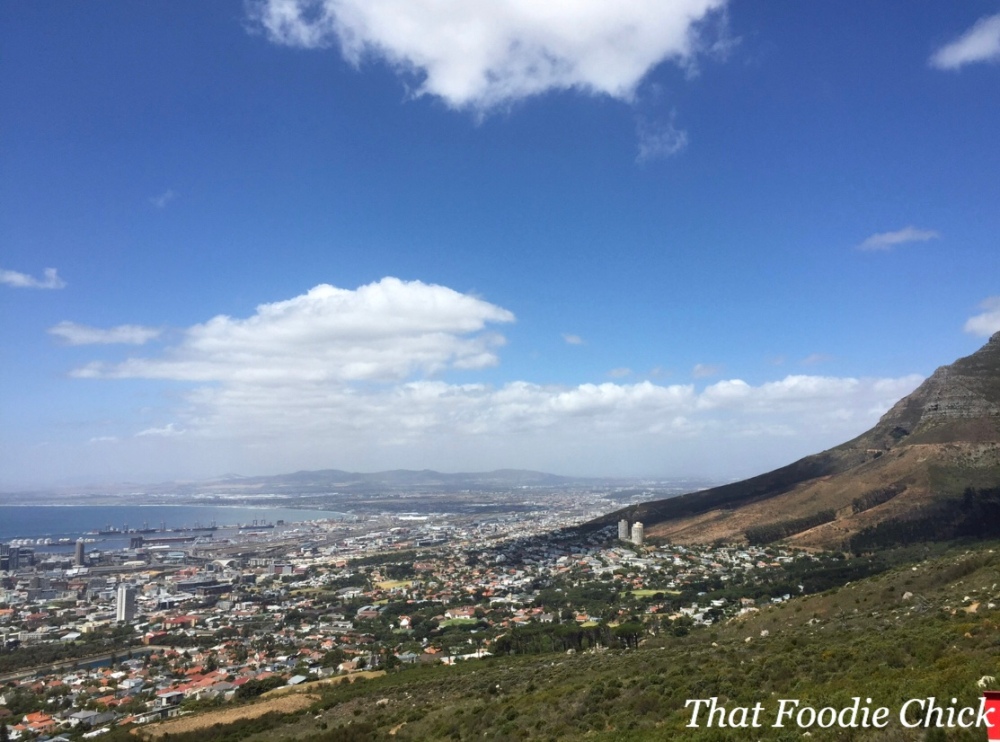 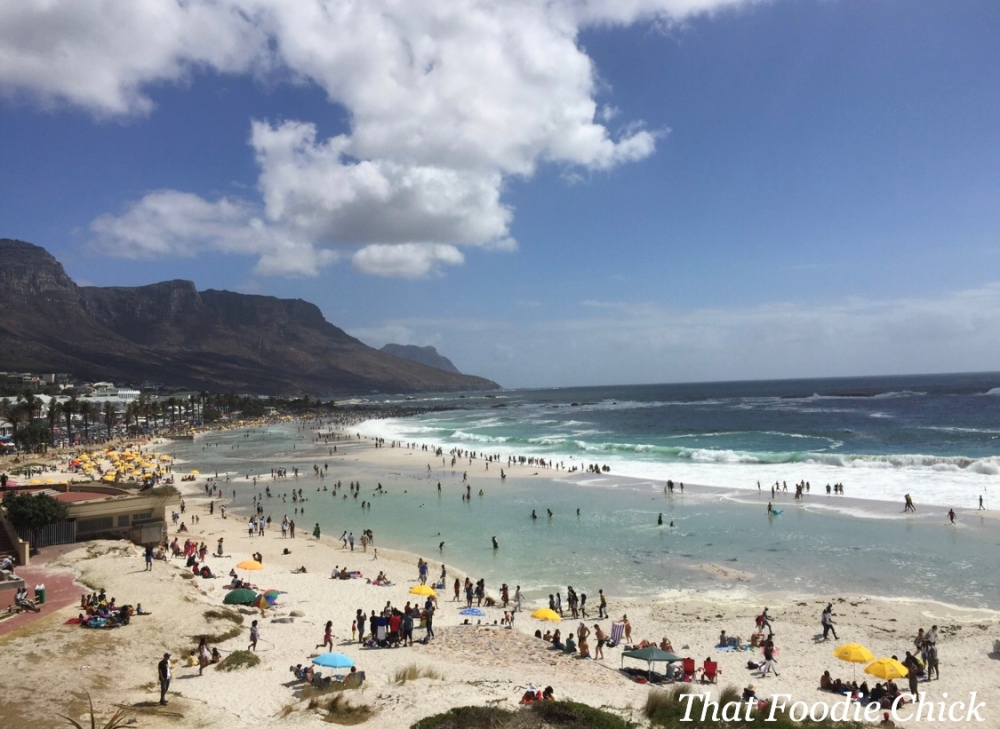 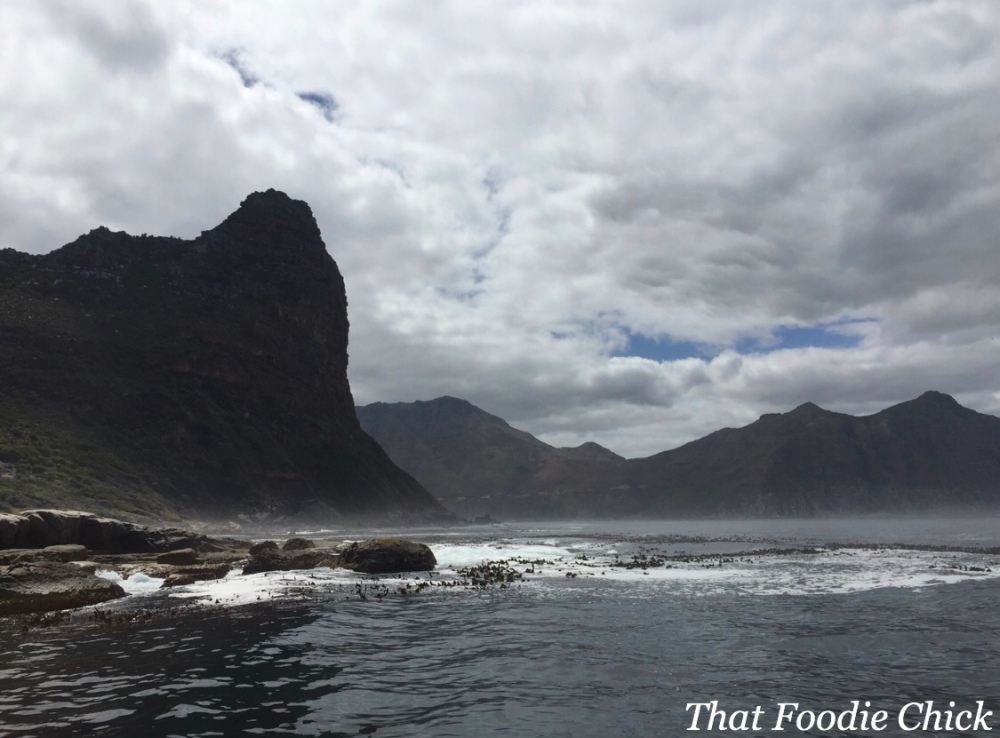 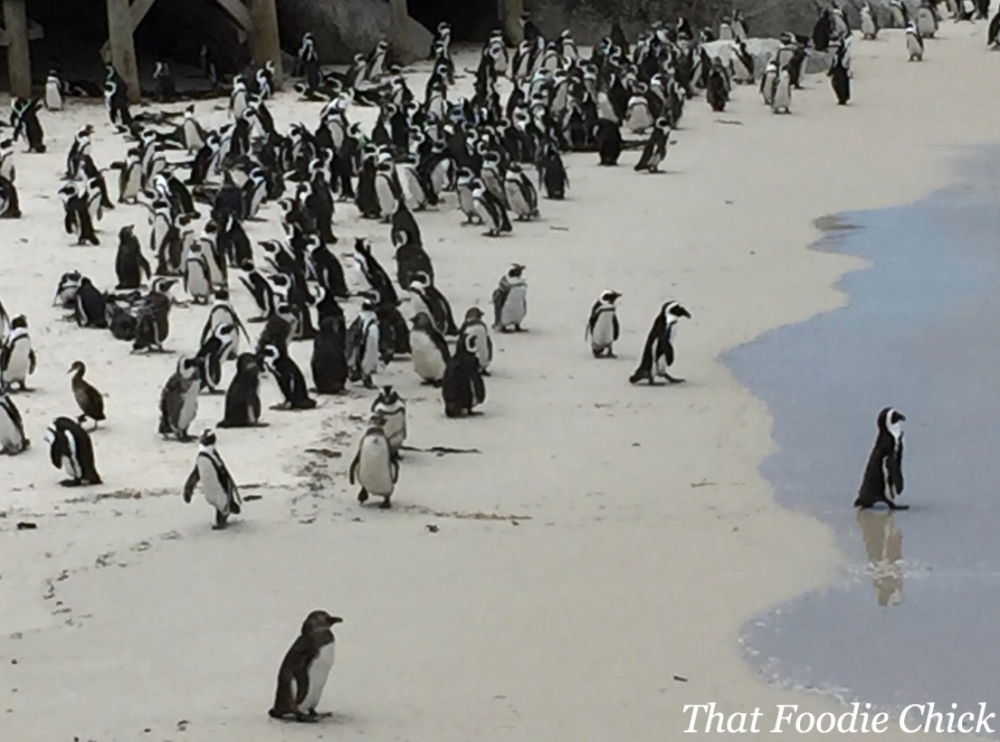 We had the greatest time ever in South Africa and truly loved every bit of our stay there. Though we had heard stories about the place being unsafe post sunset, we personally didn’t see or encounter anything of that sought. We were warmly welcomed at every place we went to and would surely go back again, a couple of years later. While browsing through their official website, I stumbled upon this line – Experience a wild, adrenaline-fueled, breathtaking, captivating, endless, bustling getaway in South Africa. I guess that says it all!

This site uses Akismet to reduce spam. Learn how your comment data is processed.